To read more about the seminars offered by our Instructors in the Summer 2022 Instructional Camp, see our Seminars 2022 page. 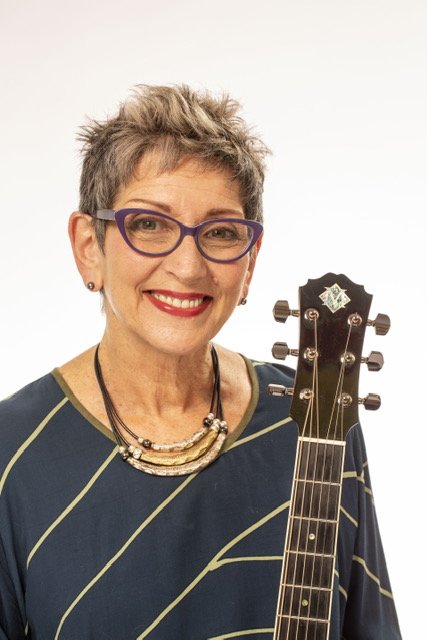 Sue Malcolm has been a mainstay of the Vancouver folk and bluegrass scene since 1980 as a performer, instructor and organizer, and a founder of The Pacific Bluegrass and Heritage Society. Recognized for her ability to help beginners gain confidence and enjoy making music in a group setting, Sue developed the Slow Pitch Jam method of teaching bluegrass jamming. Since 1996 Sue’s monthly Slow Pitch Jams at the ANZA Club in Vancouver have been drawing huge crowds. She has taught beginner guitar and bluegrass jamming at many music camps including the BC Bluegrass Workshop (now Nimblefingers) and the Georgia Strait Guitar Workshop.

Sue sings and plays guitar with The Soda Crackers.www.thesodacrackers.com, an eclectic trio whose repertoire includes vintage country, bluegrass, and swing.   She has released five CDs and six volumes of Slow Pitch Jam songbooks with play-along cd’s.

She performs solo in care facilities and for hospice patients – an experience she finds very rewarding. A strong belief in the power of music to enrich lives and build communities keeps Sue looking for new ways to involve and inspire others. 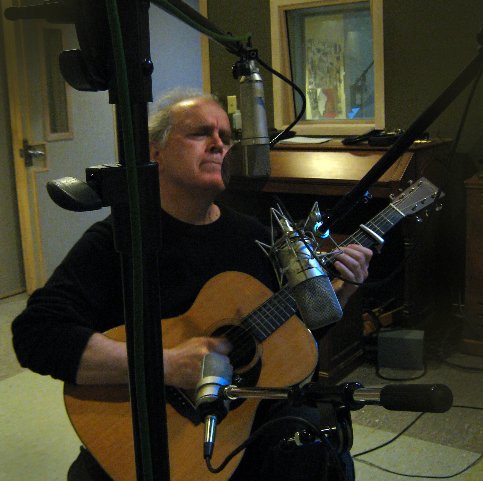 John Miller has been performing, recording and teaching guitar for close to fifty years.  In addition to 7 solo recordings, he has recorded with the bands Country Cooking, Freshet, and Zumbido, in duos with Revecca Kilgore, John Reischman, Ruthie Dornfeld, Ginny Snowe, and in a trio with Orville Johnson and Grant Dermody.  John has taught at a host of music camps since his first year at PSGW in 1976, and has had 17 instructional guitar videos released by Stefan Grossman’s Guitar Workshop. 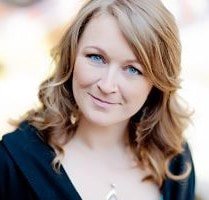 For 12 years, Jenn Forsland  has played an integral role in the Comox Valley music scene. In addition to performing regularly with a variety of ensembles (jazz, folk, rock, roots, bluegrass and classical), she directs the Celebration Singers, The Grace Notes Womens’ Ensemble, and the Island Voices Chamber Choir. A distinguished graduate of the music education program at UVic, Jenn trained classically as a vocalist, pianist, and conductor and has performed and taught throughout Canada and the in the UK. As leader of the Jenn Forsland Group, her playful performance style engages audiences with jazzy twists on pop tunes and a rich exploration of the Great American Songbook. 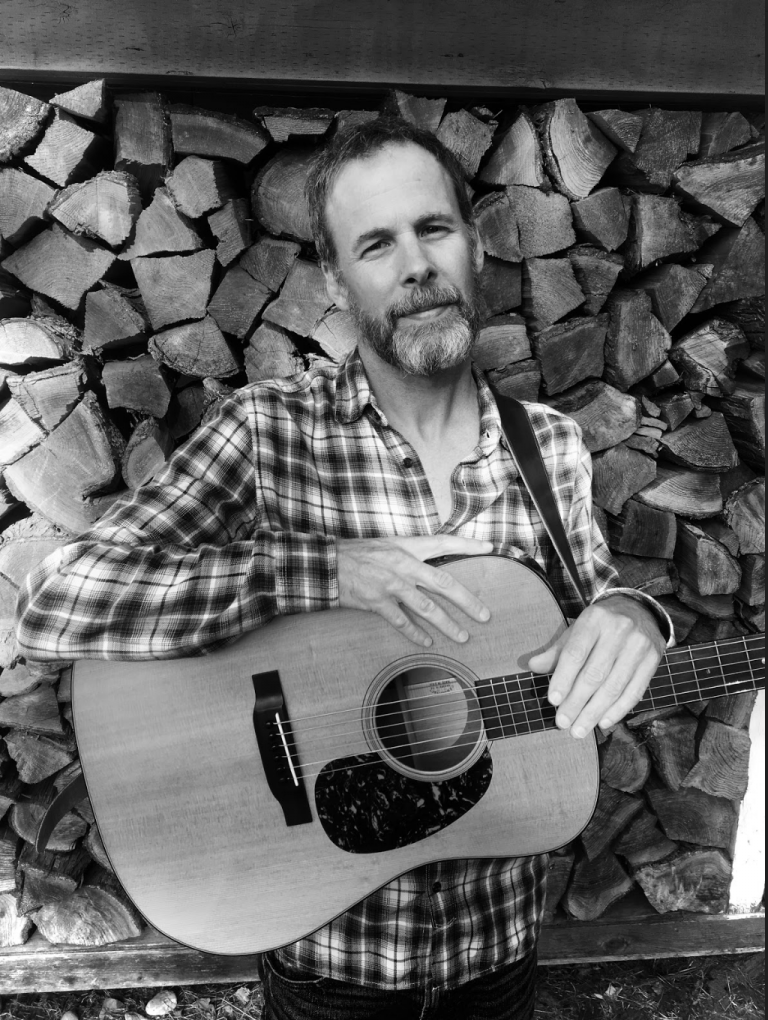 Jeff Dill began music at a young age, singing in his school choir and playing piano and trumpet in his school jazz ensemble. His earliest performance memory is singing a solo with his choir at age 9, for the song Old Paint. As a teen he taught himself to play guitar, and formed his first band, playing original songs and rock covers. He has spent the last ten years immersed in the Victoria bluegrass and old-time scene playing rhythm and lead guitar. With a strong passion for traditional bluegrass and western swing, he performs regularly with fiddler Miriam Sonstenes (Old Paint Duo) and is a founding member of Flash In The Pan. His musical travels have taken him to Ireland, North Carolina, Louisiana, and across Canada on VIA Rail’s Artists on Board Program. He has also spent time studying celtic guitar accompaniment, playing with Victoria’s Riverside Bluegrass Band, and even did a stint playing klezmer guitar with the Yiddish Columbia State Orchestra. As a dedicated teacher he has shared his love of guitar playing at workshops across BC, including Vancouver Island Music Workshop, and Nimblefingers Bluegrass & Old Time Workshop. 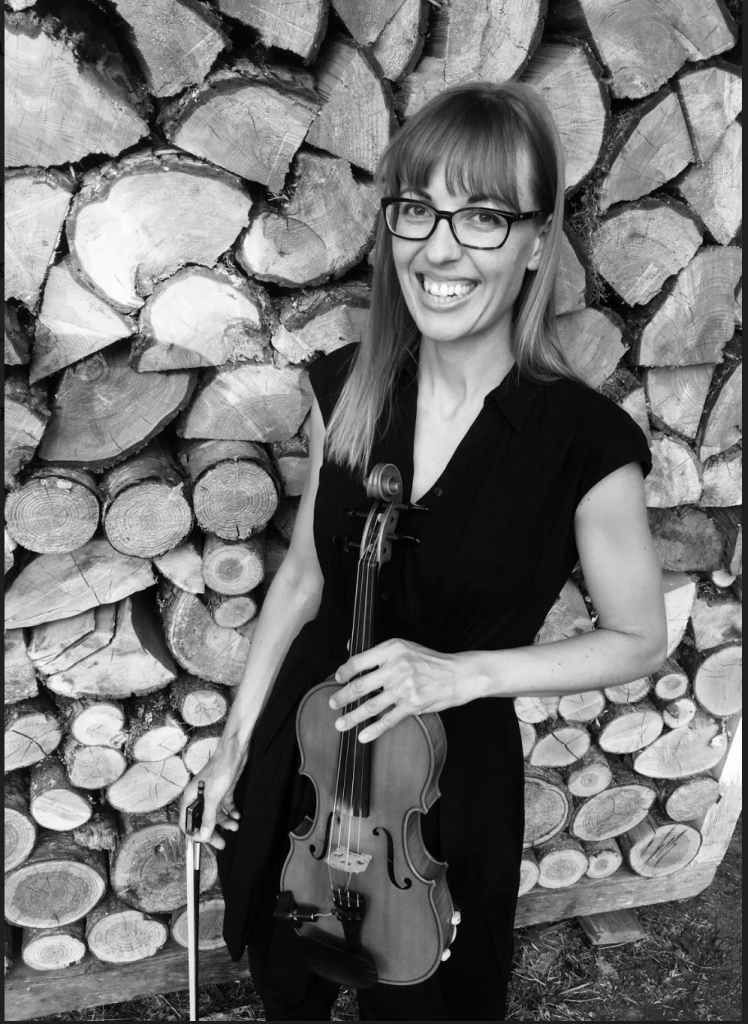 Miriam Sonstenes is a versatile fiddle player, formally trained in classical music and well versed in many styles including old time and bluegrass. Growing in up Germany until the age of nine, music was an integral part of her early childhood. Miriam discovered fiddle music while finishing up a classical violin degree at the University of Victoria. She found herself drawn to Irish, Appalachian, swing and bluegrass, the roots music which has come to inspire her current playing, projects and compositions. She has spent the last twelve years performing, teaching and composing music steeped in folk traditions.

Miriam is a member of the award winning acoustic roots trio The Sweet Lowdown. The group has toured Canada, the US and the UK, and in 2015 was featured on CBC’s Vinyl Cafe with Stuart McLean. Recently, Miriam received a Canada Council for The Arts grant to study with bluegrass fiddle legend Bobby Hicks in North Carolina. She is currently performing with partner Jeff Dill (Old Paint Duo), The Sweet Lowdown, and The Unfaithful Servants. When not on the road, she has a full teaching studio at home. Her straight forward approach, infused with a broad knowledge of styles and techniques keeps her in demand at workshops and camps in BC and across Canada. 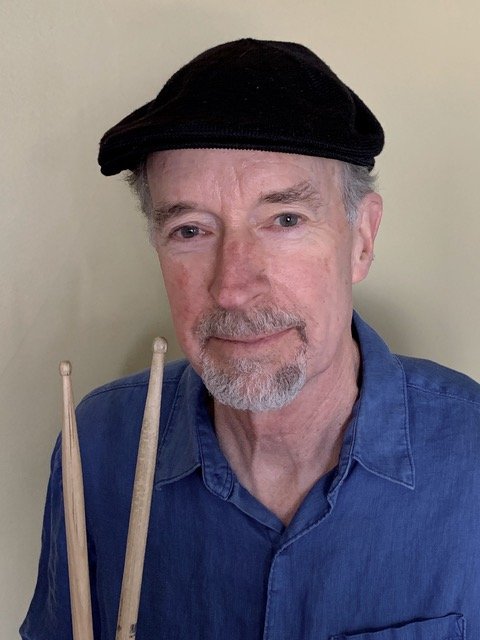 Phil has been a professional musician for over 40 years, active in just about every musical genre, as both a drummer and a percussionist.
His training includes a Bachelor of Music from UBC (playing both percussion and classical guitar), studies in New York and Cuba, and countless live gigs.

He started his teaching career at the legendary Drums Only store and then continued at Prussin (Tapestry) Music, the Sarah McLaughlin School, BC Swing Camp, and private lessons. His teaching approach is relaxed and tailored to the student’s interest and abilities – with an emphasis on having fun exploring rhythm and drums. 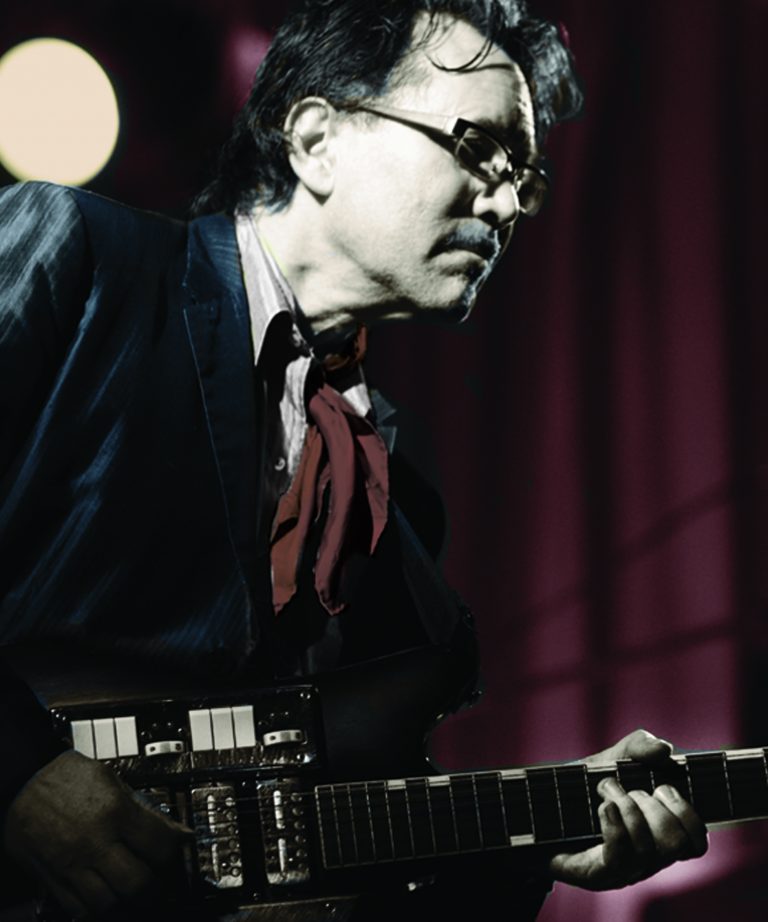 Vancouver Guitarist Stephen Nikleva has been an active part of the Vancouver Music Community for over 30 years. His playing can be heard on millions of recordings due to his recording & touring with Sarah McLachlan, but mainly he is known for his work with roots groups like Ray Condo & currently with Petunia & The Vipers. 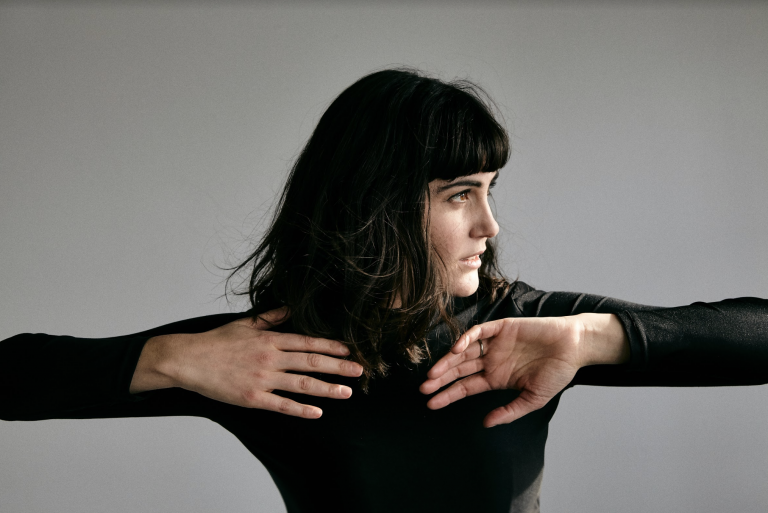 Three-time Canadian Folk Music Award nominee, Sarah Jane Scouten’s music delivers a signature mix of vintage folk and country, with modern sounds and subjects. Sarah Jane is steeped in North American and British folk music from years of finding folk music at its source: from the folklorists of Vancouver Island to old time jams in West Virginia, Sacred Harp singing in Kentucky, the song craft of Nashville, two-stepping in Louisiana and her Glasgow roots. Touring throughout North America and Europe, this seasoned performer boasts a top-notch live band and considerable acclaim for her last three full length albums.

Raised in a musical family on Bowen Island BC, where harmony singing was more common than watching television, Sarah Jane commits to her roots, using her warbling voice and knack for storytelling to captivate and transport her audiences. Her songs run the emotional gamut, creating a world of characters who come alive in her often haunting and equally whimsical ballads. Like any songwriter worthy of the name, she explores love with a fine-toothed comb, but isn’t limited to romantic love. Love of a place, a time, the natural world and all its inhabitants tug at her sleeve, which she handles with equal power to delight and break a heart. According to Tom Power of CBC q, “Stan Rogers was able to do it, Ron Hynes was able to do it, Kate McGarrigle was able to do it – and Sarah Jane Scouten is able to do it.”

Her upcoming fourth album “Confessions”, recorded in Toronto with veteran producer Andre Wahl, out soon on Light Organ Records, is a further exploration of Americana sounds and song forms. It is a collection of revelatory songs — a series of confessions — which valorize, condemn and eulogize the most important relationships of her life to new harrowing heights. 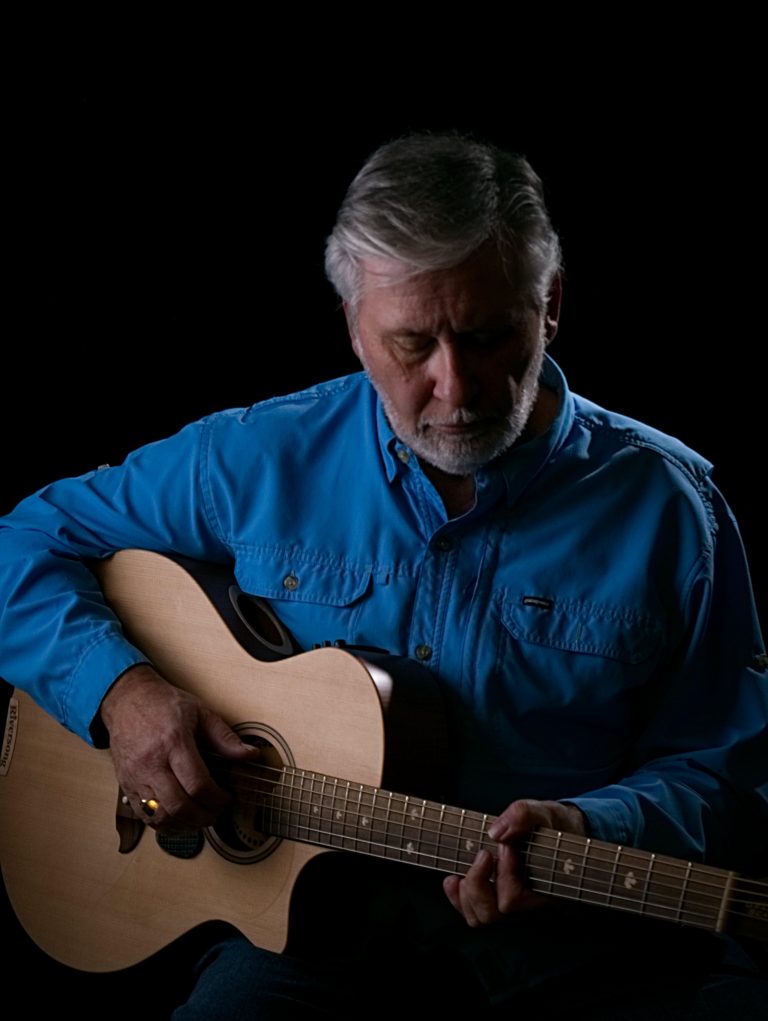 Jim McLennan’s reputation as a fingerstyle guitarist, composer and arranger has produced an enduring legacy as one of Alberta’s finest guitarists. He recorded for Stefan Grossman’s iconic Kicking Mule record label in the 1970s, and has been featured in Guitar Player magazine.

Upon its release, Jim’s solo CD, Six-String Gumbo, was named a Western Canadian Music Award finalist for Instrumental Recording of the Year.

Jim occasionally performs solo, but most often in a duo with his wife, vocalist Lynda McLennan; or in the trio, Western Spirit, with his brother Hugh McLennan and Mike Dygert.

Perhaps best known for his clean, complex acoustic fingerstyle arrangements and compositions, he is also an accomplished sideman, comfortable in folk, blues, and country styles.

Jim is in demand as an instructor and guitar clinician, teaching private lessons, at music camps, and presenting guitar workshops and clinics. His personable and encouraging temperament puts students at ease and facilitates both the transfer of knowledge and the building of confidence in his students. 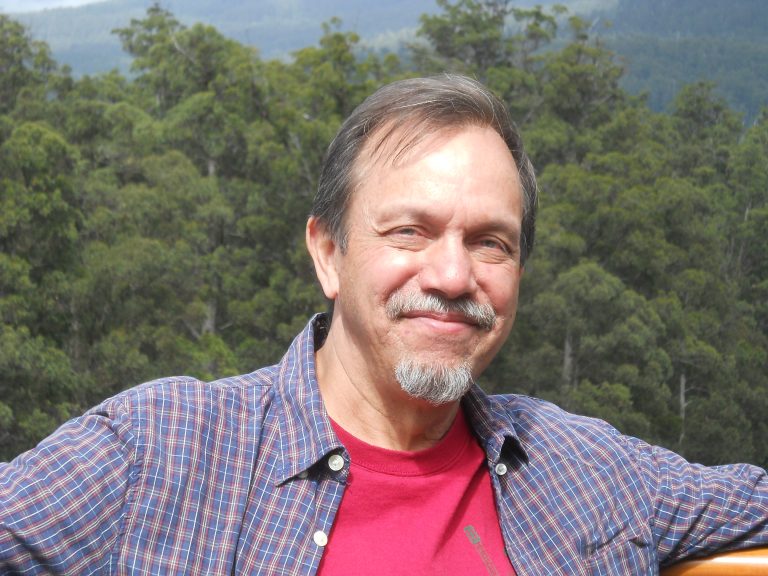 Barry has been a traveller for much of his life. His music and songwriting are influenced by the places he has lived and worked including India, Fiji, USA, England, Canada, and a spell at sea working on a deep-sea freighter. 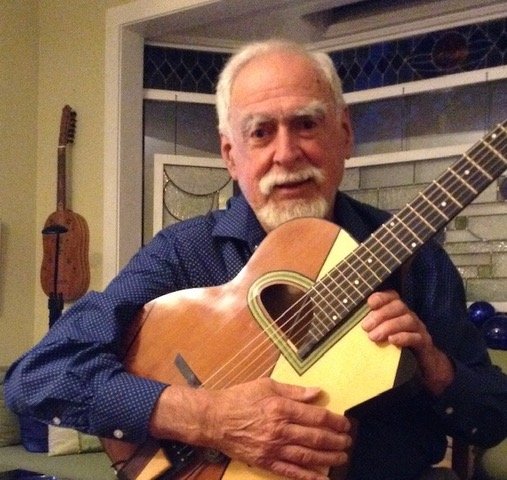 Michael Dunn has been playing and teaching Gypsy jazz for many decades. It has been a parallel career to his full time work as a luthier.

He was first attracted to the genre through the interesting and unusual French made guitars that populated that world. He was the first luthier to build Gypsy guitars this side of the Atlantic and His band, the Kitsilano Kat Kickers was the first band of that genre in Vancouver. He was trained in Spain as a classical and flamenco maker in the ’60s and this provided the background knowledge for his work in other types of stringed instruments. Today, he continues both careers having missed the retirement train many times.